I had a day off and the opportunity to do some sight seeing. I decided to head to Baanf in the . Baanf is a Ski resort area and in the holiday season is flooded with tourists. It is about an hour and a half east of . is another hour and a half drive from Baanf and I was told is well worth the drive if time allows. Unfortunately as with most parts of my traveling I had to see it at Lightening pace, and so will have to add it to my bucket list.  I took the sky lift to the top of to a weather observatory, which hade been used to make recordings from 1903 to 1931. (This would have been quite an effort before the Sky lift). The rising 600m above Baanf provided fantastic views of the surrounding snow capped mountains. 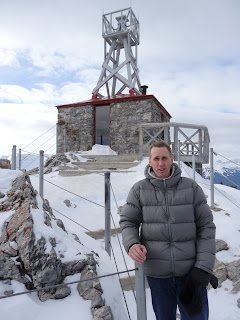 After heading back down the sky lift I visited the Baanf , which are said to have therapeutic properties. Sitting in the 39 deg C outside swimming pool,  the snow capped mountains and countryside provided an amazing, almost surreal backdrop. 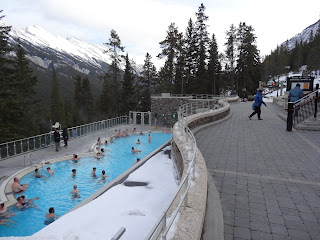 My next stop was the waterfall and lake. It really helps you understand just how cold it is when you can look at a waterfall that is almost completely frozen over. 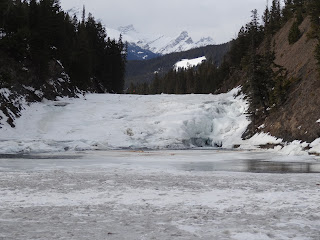 From the lake I headed to the Baanf resort. When the East/West railway was originally constructed, there was a big question over how it could remain profitable and be paid for. Baanf as a tourist destination was the answer. The lure of the therapeutic springs and the beautiful countryside brought tourists by the thousands along the railway to the resort, securing the profitability of the venture. 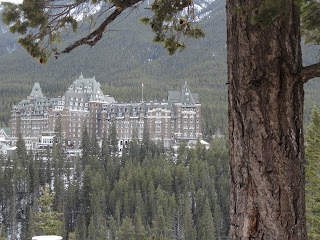 I finished my visit to Baanf at a couple of lookouts where you could see the amazing folding and fracturing of rock that had occurred to form the mountain range. You cannot help but stand in awe at the forces required to push the ocean floor to these heights. 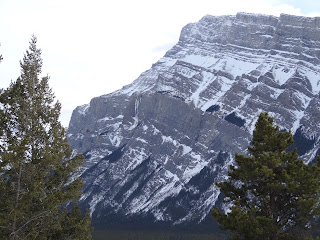