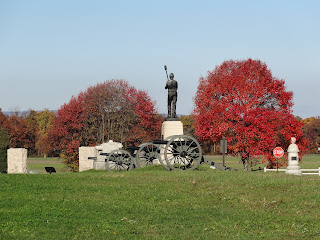 An early start took us back out to the visitors centre and a guided tour of  the battlefield. Colonel Tom Vossler, a retired military officer was our guide. The Colonel provided us with a fantastic tour, looking at the battlefield especially from a farmers perspective. This gave us an interesting insight as to the difficulties faced by  ordinary people caught up in something that wasn’t planned, and was way beyond their control. During the battle 7000 Soldiers died and casualties numbered 51,000, amazingly only one civilian died.   was the turning point of the American Civil war and led to the eventual victory of the Northern “Union” soldiers. 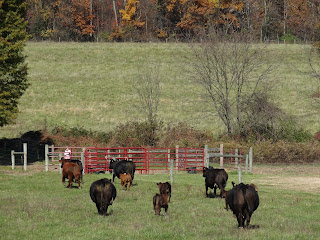 Following the tour of the battlefield we had lunch at the Colonel’s house and he showed us through his Simmintal cattle stud.

In the afternoon we visited Hollabaugh Brothers farm market. This was a fantastic example of a collaborative family business that was using the diverse talents in their business to grow and expand the in new and unique ways. These included adding a berry and asparagus enterprise to there fruit orchards, expanding their farmers market to include dining facilities and a bakery. Also running farm tours and school education classes. 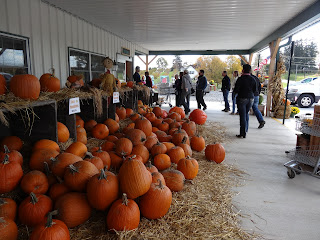 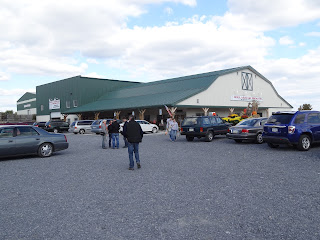 Lastly we met with Russell Redding and his family for a fantastic afternoon lunch. Russell was a former Secretary of Agriculture and is currently Dean of Ag & Environment at the college. It was great to chat with the family, and to gain Russells perspective on Agriculture and Politics in .