Johan Boden and his business partner came to the from Sweeden18 years ago and set up the food processing company “Chumak”.  Chumak is now the  No 1. brand in Belurus & No2 in , it turns over US$70m pa.
Johan is a fantastic businessman and had some real gems to share with us. The key factors that he says contributed to his success in the are; 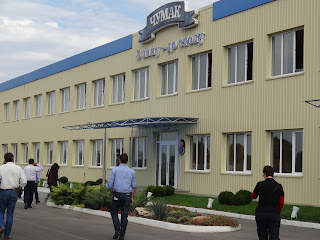 2.      The are a very large amount of opportunities to take advantage of. He was a hungry & naive entrepreneur, coming to the because a starvation of business opportunities
3.      There was a window of opportunity with little domestic & international competition.
4.      He had a network of people to help him (Consultants & associates), first international and later domestically.
5.      He developed an understanding of the consumers requirements and was prepared to innovate
6.      With his processing plant in kahkovka He is a big player in a small and somewhat remote city, which means relationships can be easily built at all levels.
7.      Unlike multinationals a private company can make and implement decisions quickly.

The selection of Chumak products 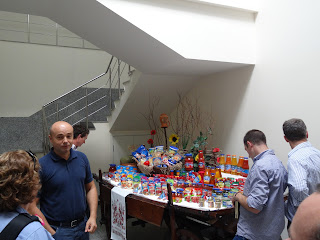 A small portion of the Chumak 10,000sqm warehouse. In tomatoes alone they process 1500 to 1700t/day into 300,000 containers of tomatoe sauce plus other products. 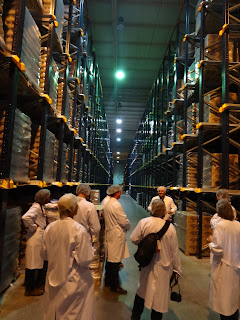 Two years ago Johan needed a new challenge, over a bottle of Whiskey he brainstormed with his partners and they decided to move into fresh produce & its supply chain. The have since built Europe's larges cool stores. In 9mths they took an old cement factory like this and turned it into 14 cool rooms like the one below. 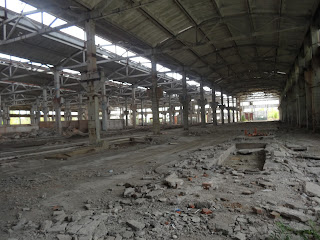 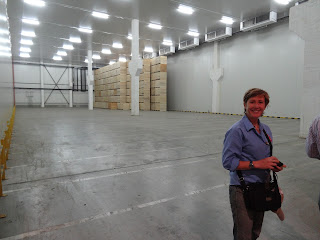 They now pack and transport cabbages, carrots and onions. 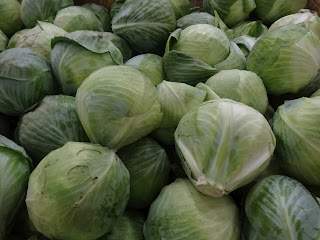