Today's briefings were in the American Farm Bureau Federation offices.  We were briefed by Farm Bureau associates, trade officials, and a representative from Wal-Mart, all in all a very interesting day.

The Farm Bureau is the the American equivalent of our Australian Farmers Federation.  It is a very successful farm advocacy and lobby group, and is always ranked among the top ten in . It seems like they have very strong grass roots support will all policies originating from the grass roots membership.  Its 6.5 million strong membership also consists of many associate members, which in fact make up the majority. Between 80 to 90% of American farmers are members.

The highlight of the day was meeting with James (Tres) Bailey, from Wal-Mart. Starting as a small supermarket in rural America, Wal-Mart has grown to become a huge multinational company, with stores now also in th UK, China, Japan, India, Central America, & Sub Saharan Africa.  Tres spoke of the companies commitment to Sustainability, by using 100% renewable energy, Zero Waste, and selling products that sustain the people and environment.  All of this is not just feel good stuff that costs the company, it is being done because it can actually improve the companies bottom line.

The problems that Australian farmers have with supplying to supermarkets are well known in the agricultural community. It would be interesting to speak to Wal-marts farmer suppliers, to see if their policies to support farmers and their communities and improve farmer incomes are just hollow words.

We finished the day with a night tour of Washington DC sights and monuments. 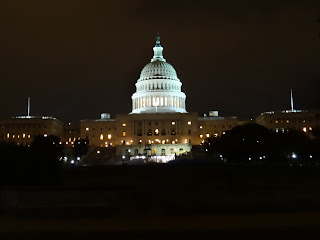 Dropped in to see President Obama 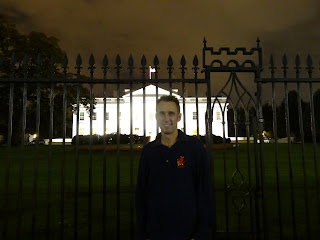 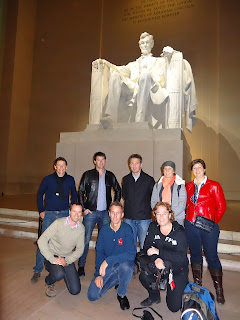 The world War two memorial, a beautiful, peaceful tribute to the fallen 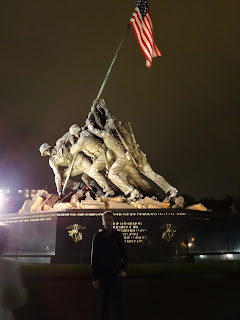