There are a number of field days held across throughout the year. As in these are used to showcase the latest technology and agricultural information. These included demonstration plots of the latest crop varieties, and live machine demonstrations, including utes. 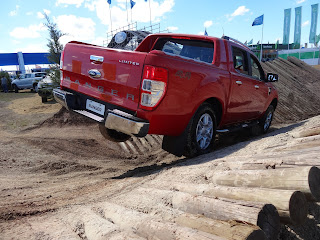 Though I think it is fair to say it is done with a bit more glitz & glamour than in .

A few things that stood out to me about the day were; 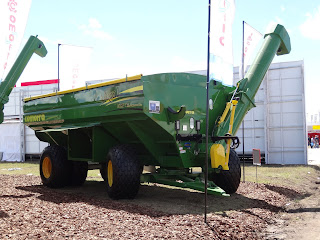 The last point is a very interesting one, The farmers in have been having a difficult time, with the socialist government. Mostly it revolves around being overtaxed, with various taxes compounding to effectively halve the world parity prices for their products.  Protest action by the farmers managed to help stop some of the taxation legislation being passed, but this caused the government to get it’s back up and it is now making it even harder.  One farmer told me that a short time before the Expoagro a government official contacted the big three machinery companies and told them they were not welcome to exhibit. This had a very noticeable affect on the size of Expoagro both in terms of exhibiters and attendees.

In the afternoon of Expoagro I met with David Hughes, a leading Argentinean farmer and member of AACREA. This is a movement of progressive Argentine farmers to network with each other at a business management level. David introduced me to a number of other English speaking farmers, also members of AACREA and business associates. The discussions I had were very interesting and gave me a better insight into farming in .

By chance I also met with Federico Aguer who is involved with rural print media? Federico was very interested to hear about the Nuffield Scholarship programme, and believes that this is something that is really needed in .